His dissertation, “Indigenizing the Commons: Indigenous Critiques of Socialism, Capitalism, and Settler-Colonialism,” interrogates the fraught yet increasingly relevant intersection of Marx’s thought and Indigenous politics insofar as they structure our theorization of settler-colonialism’s relation to capitalism.

Wayne has articles published in Division/Review, Contours, Education Studies, as well as a recent chapter contribution to Lacan and Race: Racism, Identity, and Psychoanalytic Theory, edited by Derek Hook and Sheldon George. He currently has work under review at Rethinking Marxism and a forthcoming chapter contribution to Unsettled Environments, edited by Tom Lynch, April Anson, Kyle Keeler, and Isabel Lockhart.

Before graduate school Wayne was an independent filmmaker whose debut feature-film, Luk’Luk’I, premiered at the Toronto International Film Festival where he was honored with the Best Canadian First Feature Award as well as the Discovery Prize for new talent from the Director’s Guild of Canada.

Wayne is a citizen of Canada and the Métis Nation of British Columbia. His Métis family names are Bear, Thorpe, Lenoir, and Schindler. For more see his personal website:

“Land, Water, Mathematics, and Relationships: What Does Creating Decolonizing and Indigenous Curricula Ask of Us?” in Education Studies, v.57, no. 3, pp. 345-363. Co-authored with Dr. Hollie Kulago, Paul Guernsey, and Matthew Black. (2021) (LINK) 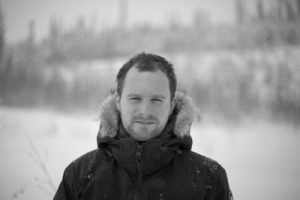