“Having studied in Paris, Heidelberg, and Boston, I graduated with my PhD from Boston University in 2001. I have written more than 60 articles, most recently published an edited volume on Neo-Kantianism, and my book on Husserl and the problem of time will appear in Italian translation this year. In 2013 I was the recipient of a European Research Council grant for a project on the impact of the First World War on 20th-century philosophy. I am currently writing two books: one on evil and forgiveness, the other on German Kriegsphilosophie during the First World War." 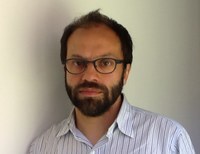