Désirée Lim is an assistant professor in the Department of Philosophy and a research associate in the Rock Ethics Institute. She completed her PhD in Philosophy at King’s College London and was a postdoctoral fellow at the McCoy Center for Ethics in Society at Stanford University. She was awarded the Association for Political Thought/Cambridge University Press Graduate Student’s Prize in 2015 and was a Norman Malcolm Fellow at Cornell University in 2014.

Désirée’s primary research and teaching interests lie in contemporary political philosophy, with a special focus on the concept of social or relational equality. What does it mean for people to relate to each other as equals, rather than superiors and inferiors? What exactly is wrong with being treated as an inferior? Furthermore, what kinds of political conditions are necessary to protect or enhance social equality, especially that of persons from historically disadvantaged groups? Applying these questions to a concrete realm, Desiree’s research investigates the demands that the social equality of non­citizens exacts on present-day migration and citizenship policy. She has argued that skill-selective immigration policies, which are generally regarded as morally neutral or even desirable, are actually damaging to the social equality of women and low skilled migrants. In more recent work, she has analyzed how the structure of private refugee sponsorship programs could be adapted to better preserve equal relationships between refugees and their sponsors.

Désirée is currently working on a book project, Immigration and Social Equality, which provides a distinctive social egalitarian critique of existing immigration practices. She also has strong interests in bio­ethics, feminist philosophy, and the critical philosophy of race. 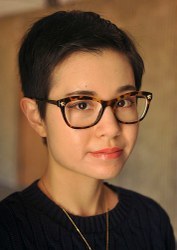