I am at work on my fourth monograph, The First Public Intellectuals, a major new account of cultural developments in the fifth century bce. It focuses on the advent of putative “thinkers” – sophistai, philosophoi, phrontistai, among others – and what they think about, namely “ideas.” It explains the rise of what we might call “public philosophy” and identifies the celebrities of that burgeoning public intellectual sphere. It tells the story of lesser-known figures – professional musicians, founders of colonies, and poets of the afterlife – and gives new contours to the lives of the famous, including Anaxagoras, Socrates, and Euripides.

While writing this book I am editing (or co-editing) a wide variety of editions of figures and translations of texts from the fifth and fourth centuries, among them especially those of the sophists, the Socratics, and Plato. (A co-edited Cambridge Companion to the Sophists is forthcoming in 2023.)

On shelves mid-2023 is my third monograph, The Virtue of Agency: Sôphrosunê and Self-Constitution in Classical Greece (Oxford UP). I argue that as the Greeks debated the value and scope of the canonical virtue sôphrosunê, best translated “discipline,” they came to articulate a plausible conception of agency and selfhood. What has often seemed the virtue concerned with moderate drinking turns out to be the virtue of rational personhood.

In 2019 I published Calling Philosophers Names: On the Origin of a Discipline (Princeton UP), a study of the coinage and early use of the term philosophos, especially the role it played in the constitution of the discipline we now call philosophy. The term has long erroneously been thought to have meant, at its start, “lover of wisdom”; I argue that it started instead as a pejorative name-calling name for those seeking the elite social status of sophoi, “sages,” those personages deemed authoritative advice-givers in politics and life. While it eventually got glossed, retrospectively and redemptively, as “lover of wisdom,” it probably began as “sage wannabe.” This book, now quite broadly reviewed, includes discussion of all early uses of the term, from Heraclitus to Aristotle, and advances an institutional-conversational theory of what philosophy is.

Much of my earlier writing concerned Socrates and his context, influence, and reception. 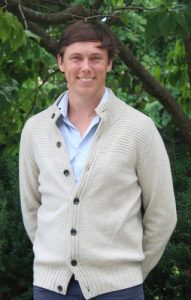