Daniel Calzadillas-Rodriguez is a PhD student in Philosophy. His area of interests are political philosophy, social epistemology, and the history of Latin American philosophy. In particular, his research concerns the limits of liberalism in relation to noncitizens. He is interested in how specific but contested definitions of citizenship and democracy justify coerced legal subjects such as the “illegal immigrant.” Daniel is also interested in the ways in which the material coercion of the body may be directly related to its epistemic subjugation. His concern more broadly lies with how we collectively come to understand the dominance of an Anglo/Eurocentric political order and how a decolonial epistemology might offer resistance to it. These inquiries bring him to a third interest in the development of Latin American philosophy and its relation to Anglo/European thought. 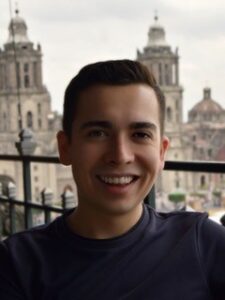